The Company has confirmed TGE as the preferred bidder on the Grangemouth Ethane tank build contract. TGE is well placed to deliver this project as it is already building the ethane import terminal for INEOS in Norway.  Both companies have now signed a Heads of Terms for delivery of the project in Scotland.

The ethane gas terminal is essential as the company looks to replace the existing North Sea feedstocks that are fast running out and will enable Grangemouth to compete long-term.

Harry Deans, CEO INEOS O&P UK, says, The ethane tank will be the biggest in Europe. It is a crucial part of our survival plan that will enable us to import shale gas from the USA. By 2016 Grangemouth will be a shale gas based facility, essential for it to become a profitable business again.”

Harry Deans adds, Both G4 and BE3 plants are no longer commercially viable. Both facilities date from the 1960’s and their closure is another key part of our survival plan. We are pleased to be able to redeploy all affected staff into other roles across the Grangemouth site as we focus on the future. 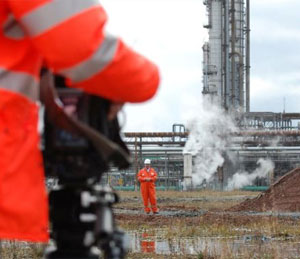